Note: Diverge and Merge must be used in unison, you cannot use a Merge without first having a Diverge etc.

A flow with parallel paths is started and run like any other flow. The only difference will be when a flow has two or more current steps. 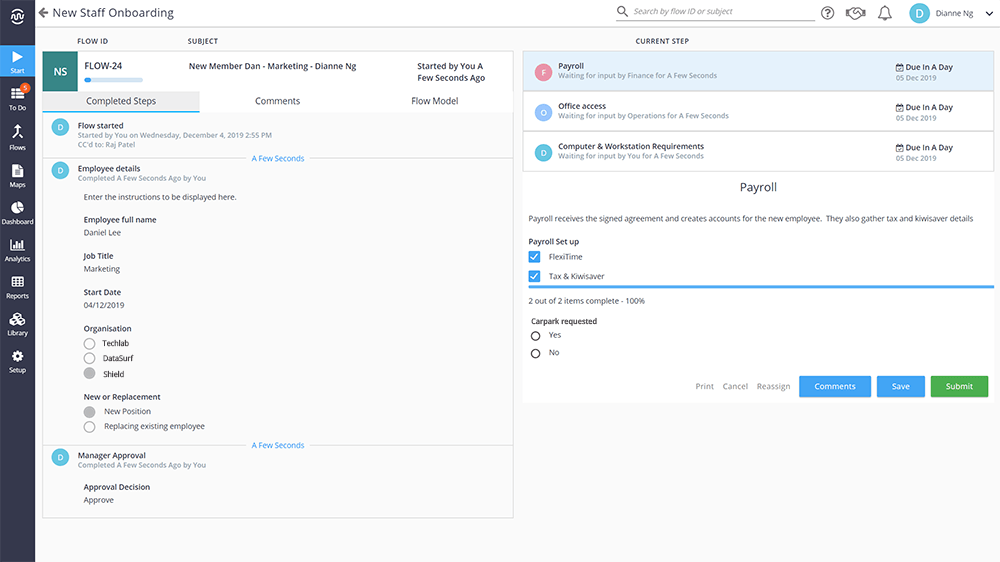 All steps in a parallel path must be completed before the flow can progress.

The selected current step will be highlighted in Blue on the diagram displayed in the Flow Modal tab.

Did this answer your question?